Read more
You're here: HomeWho are we? 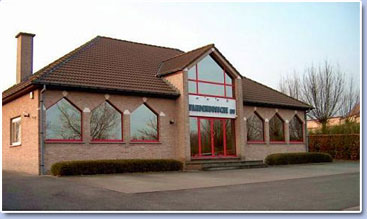 In 1982 Mr. Johan Vandenbussche graduated as a Civil Engineer and started a company in Marke. The starting activity consisted primarily of the distribution of a French CAM-system.
A year later Mr. Gerard Vandenbussche helped expanding his son's project to a PVBA. Because the delivery of an update of the software lasted too long, the company decided with the approval of its customers to develop its own software. Thanks to the long experience of Gerard Vandenbussche in the mechanical business the company was rapidly accepted in a short period of time in a lot of small and bigger companies.
Meanwhile more people were hired, Industrial engineers as well as University graduates. Hence the lack of room and for the quietness the company moved in 1989 to the Kennedypark in Kortrijk. During that same year it changed its status from PVBA to NV.
The success product of the company is CAM2000S. While in the first years the software was developed only for machining applications, a parallel module for platework was developed later. Since 2001 the emphasis is primarily on 3D cam software under the name of CAM3000. This process is still in evolution.
In 1984 we also started with software for production management and registration with terminals. This was always customer specific work. Therefore in 1996 was decided to develop a specialised general ERP module named "CIM2000".
Meanwhile we have over 30 years of experience in the development and implementation of production oriented software solutions with many customers in Belgium and abroad.